Time speeds by when you’re a parent. Ok those first few weeks with a newborn seem to be the longest days ever, but I think that’s mostly due to the fact you’re awake more than asleep; caring for a little one who thinks sleep is for the weak and feeding every 2 hours for 45 minutes.

LB is now three and what I didn’t appreciate until I was a parent was how those little stages whizz by in a blink of an eye. Just as you get used to a new rhythm something new comes along to change everything. Since LB was 6 weeks old we’ve always done something outdoors be it buggy running when she would happily be contained in a buggy or more recently – a Forest School Playgroup.

Forest School is an educational philosophy about getting outdoors no matter the weather and learning hands-on in nature. Very different to soft play (note: hats off to any parent that braves soft play, those places scare me!).  The amazing Woodland Beasties is based at Heart of the Country Shopping Village by Swinfen, Lichfield and for the last year has been our regular haunt. Bonus is that there is a lovely little fairy door trail in the woods there too. 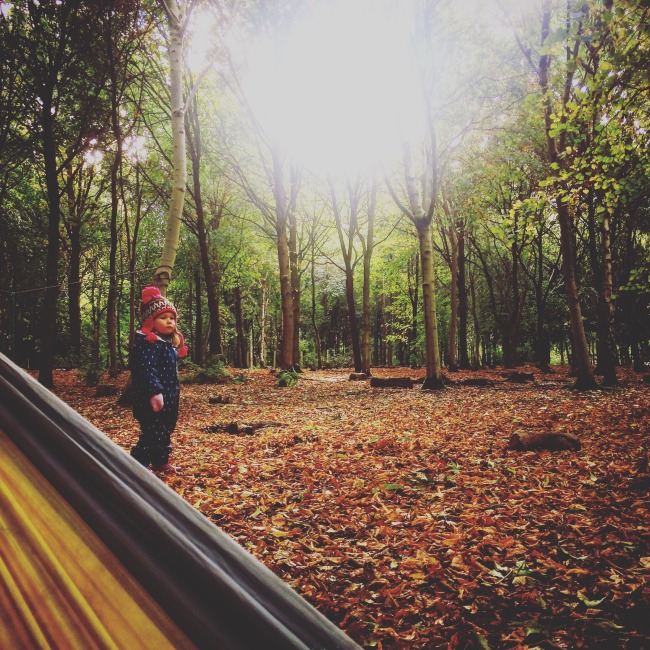 Some of the best days at Woodland Beasties were in the depths of winter, when the temperature hovered above zero. There was a handful of children and we played, drunk hot chocolate, made popcorn and toasted marshmallow while wrapped up in lots of layers to keep warm.

A few weeks ago was the end of our weekly trips down the A38 to Woodland Beasties as now LB is in pre-school we can no longer fit it in. As a way of saying thank you I made the fabulous ladies who run it a batch of cupcakes. I decided they had to be cupcakes topped with a campfire and the obligatory toasted marshmallow.

This recipe uses the all-in-one method and ideally you need to use an electric mixer. You can make them by hand, it just requires a great deal more elbow grease.

Note: I always cook cupcakes in foil cake liners. They bake better and you don’t get the greasy marks on the covers like you do with traditional paper ones. You can buy them in all good cake decorating shops or ebay.